Predator-prey interactions play a major role in determining the structure and function of ecological systems, by influencing behavior, distribution, and habitat choice. Thus, understanding the details and drivers of predator-prey interactions is important for predicting community dynamics and informing management. Despite the overlap in the distribution of shark species known to predate on turtles and marine turtles, there is limited information on the interactions between these species and insights into habitat overlap, the influence of predator encounter on habitat use decisions, and insights into prey and predator behavior in areas where they coexist. This project aims to improve the understanding of how shark presence influences marine turtle habitat use, distribution, and movement and to elucidate whether shark behavior is influenced by high turtle density.

New Paper: A systematic review of acoustic telemetry as a tool to gain insights into marine turtle ecology and their conservation 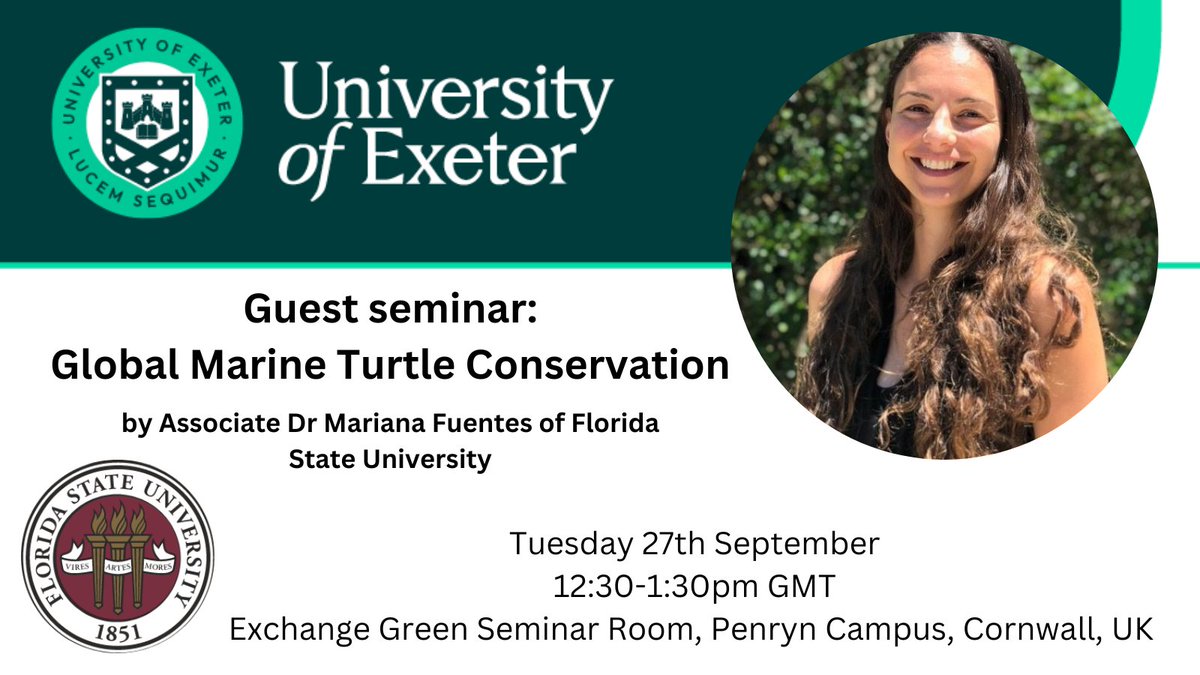 Join Dr. Mariana Fuentes next Tuesday 27th September 12:30-1:30pm on Penryn Campus, where she is visiting from @FloridaStateUni to discuss the global conservation efforts of marine turtles 🌟🐢🌊
@Fuentes_MMPB